Skip to content
Photo-acoustic Thomas Keating power meters are excellent power references in the THz range. A thin film absorbs incoming THz photons, creating heat. The heat causes expansion of a closed air-cell which is finally measured. The thin film can also be heated electrically. By providing a defined amount of electrical heat, the device can be calibrated. Details on the calibration can be found at the home page of the manufacturer here. A description of the detector is available from the manufacturer. 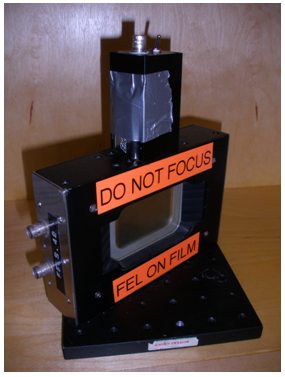 We used a frequency generator to provide a square wave bias with 20 Hz modulation and 50% duty cycle. The amplitude was varied between 0.307 and 0.605 V resulting in input powers between 0.542 mW and 2.1 mW. Due to the fairly long time constant of the detector, the output signal is a distorted square wave as illustrated in Fig 2. 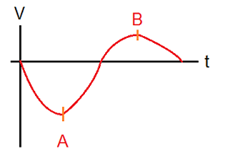 Fig. 2: Schematic response of the Thomas Keating power meter to 20 Hz square wave signals.
We measured the signal in two ways: The determined calibration values are summarized in Table 1. The values are in W/V, i.e. the ratio of input power and detector output voltage for both methods. Note that these values represent the INTERNAL calibration value only. In a THz experiment, the film only absorbs about 50% of the THz signal and parts of the signal may already be lost due to absorption within the window material. The latter may cause a frequency-dependence of the detector at high THz frequencies. A calibration of the window absorption can be found in the manual or on the home page of the manufacturer. Losses in the window remain typically small below ~0.7 THz and can be neglected in most cases. For 300 GHz, the absorption in the window material is negligible, the external responsivity is 49% of the internal responsivity according to the manual. Calibration values for 300 GHz are shown in table 1.

The signal of the frequency generator was modified to provide short pulses with a repetition rate of 0.99 Hz. We used pulse durations between 0.125 ms and 1 ms and bias voltages on the film between 2.31 and 6.96 V leading to pulse energies between 30.68 µJ and 278.5 µJ. The impulsive response of the detector is schematically illustrated in Fig. 3. Note that the shape and duration of this signal does not depend on the pulse duration. It is limited by the speed of the detector itself. 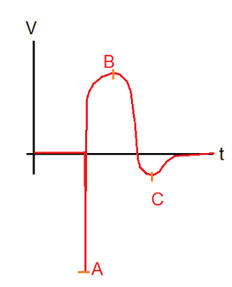 Fig. 3: Response of the Thomas Keating detector to short pulses
We measured the values A, B, and C with an oscilloscope. All three quantities (A, B, and C) scale linearly with the pulse energy. We also used a lock-in for detection in addition to the oscilloscope readings. The calibration values are summarized in Table 2.

Table 2: Calibration factors for pulsed operation (0.99 Hz repetition rate). Errors are estimated.
The value of B (referenced to zero) is probably more reliable (in the manual also referenced as Vcal), as the negative peak with amplitude A is very sharp and may not be well resolved by some instruments. The fairly high value for lock-in detection is due to the small duty cycle of the pulsed signal, providing a very small voltage even at a high input signal level.
Compared to a measurement performed in 2007, the (internal) peak-peak calibration values differ only by 0.03 %, the Vcal values (B) differ by about 4 %. The pulse energies in that experiment were between 64.8 µJ and 0.58 mJ, the pulse durations were in the µs range (with heating biases around 100 V).